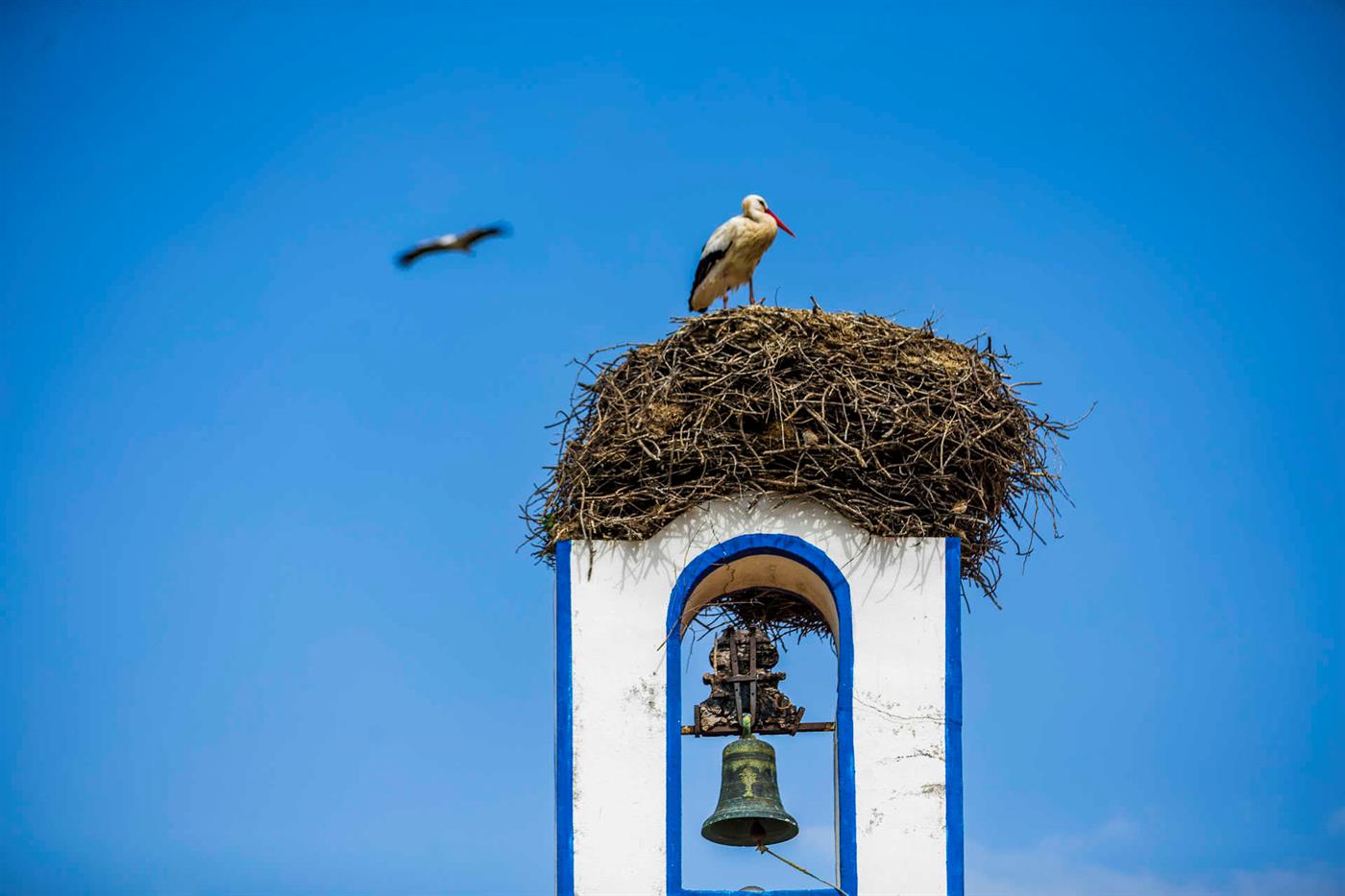 Comporta, a small town in the Alentejo region, stretching along the Atlantic Ocean and hemmed in by long white sandy beaches, no needs introduction. Very popular with the jet set and tourists from all over the world, this destination is described by those who set foot here as a true haven of peace. Between forests of cork oak, rice fields and sand dunes, you will be surrounded by a nature conducive to relaxation and disconnection. The Sado nature reserve is home to some 200 species of birds, including the storks, emblems of the city of Comporta. Have fun spotting them on horseback, on foot, by bike or even by paddle.

Some information about the storks of Comporta

The storks of Comporta, which are the delight of amateur and professional photographers, are white storks. They can reach an impressive size of 1.15 meters in height and 2 meters in wingspan, which makes them one of the largest wading birds in the world. This migratory bird moves in groups of up to several hundred individuals. Unable to sing, the stork communicates by snapping its beak. During your stay in Comporta, you will quickly learn to recognize this characteristic sound and to look up for a nest. Storks build their nests at heights of more than 10 meters, in trees, but also on human constructions such as chimneys or bell towers. Built with branches found on the ground, these nests can weigh several hundred kilos and measure up to 2 meters high.

The Comporta stork, a migratory bird?

If since the 70s we observe every year the comings and goings of the storks between the countries of the north of Europe and the sub-Saharan Africa, these behaviours tend to slow down. Originally, storks left Europe at the end of the summer to winter in the warm countries of Africa. They then returned in February to breed. To move, the stork lets itself glide thanks to the warm currents, which are present only above the land. To reach Africa, it must choose between the Strait of Gibraltar in the south of the Iberian Peninsula and the Bosphorus Strait in Turkey. With global warming, fewer and fewer storks are making the long wintering journey. Most now stop in southern Europe, in Spain, Portugal and Greece, some even settling year-round in certain regions such as Comporta.

Comporta, a haven for all

If tourists appreciate Comporta for its peace and quiet and the quality of its environment, the storks seem to agree with them. Every year the population of these birds increases in Comporta and the surrounding villages. This stage on their migratory route seems to have won them over. The mild climate throughout the year allows them to settle down and complete their breeding cycle in the best conditions. The nature reserve of Sado protects them from hunting and offers them a sufficient food supply to feed the storks without effort. Why undertake a grueling journey every year when happiness is at hand? Come visit Comporta and like the storks, you’ll want to stay! Our luxury homes and cabins are the perfect place to spend a relaxing vacation and explore the area in search of storks and all the other wonders that surround Comporta. 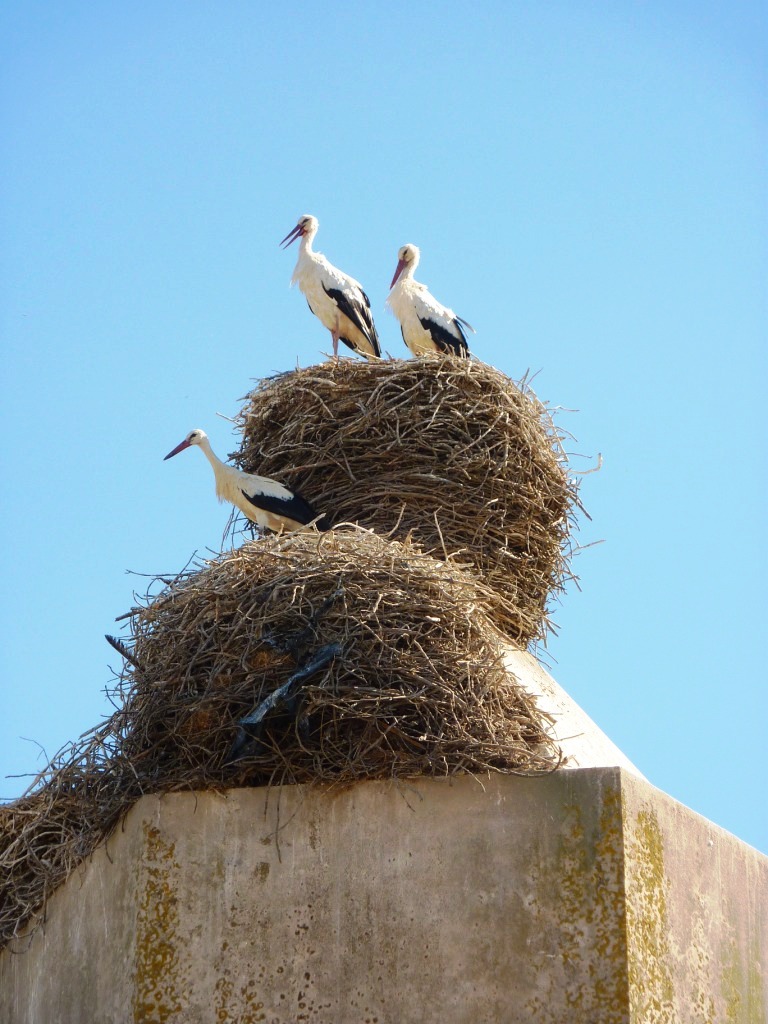 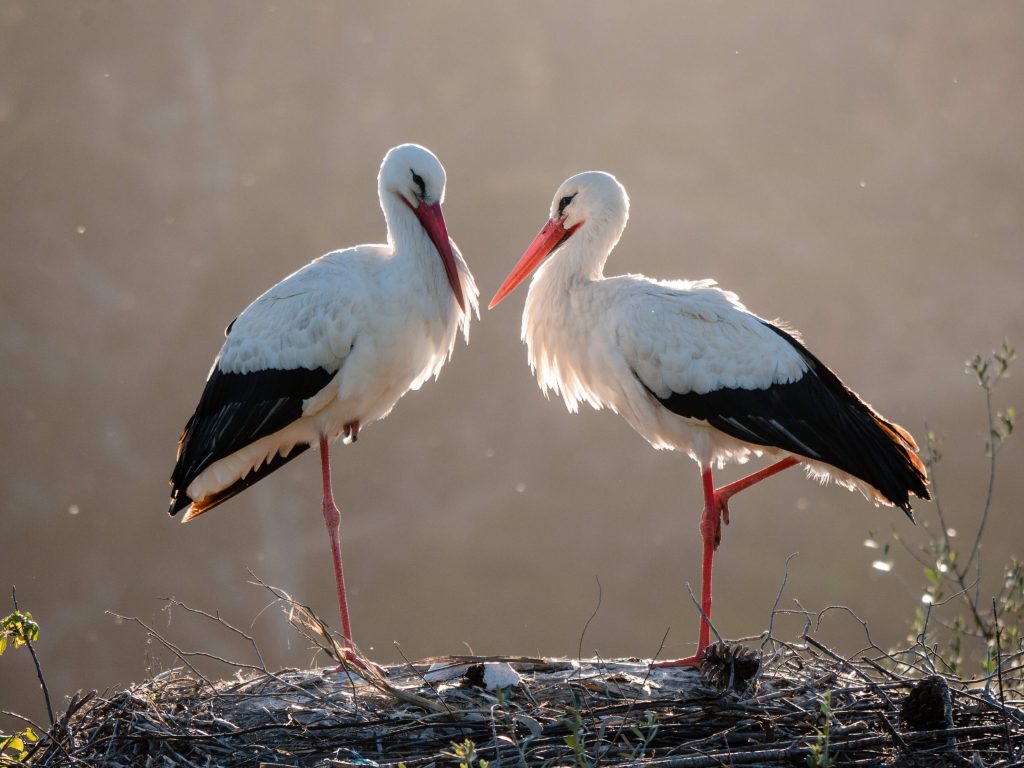 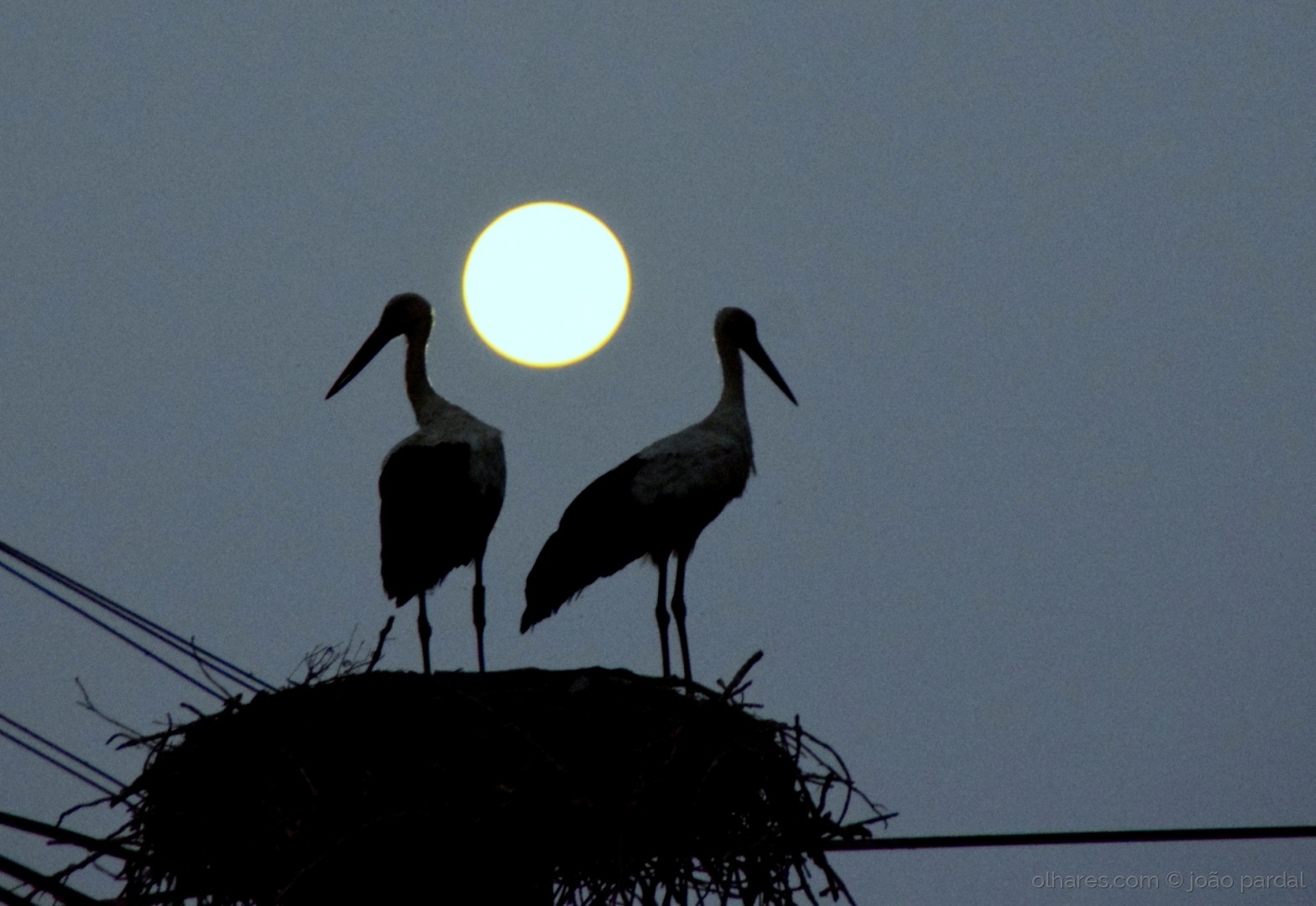 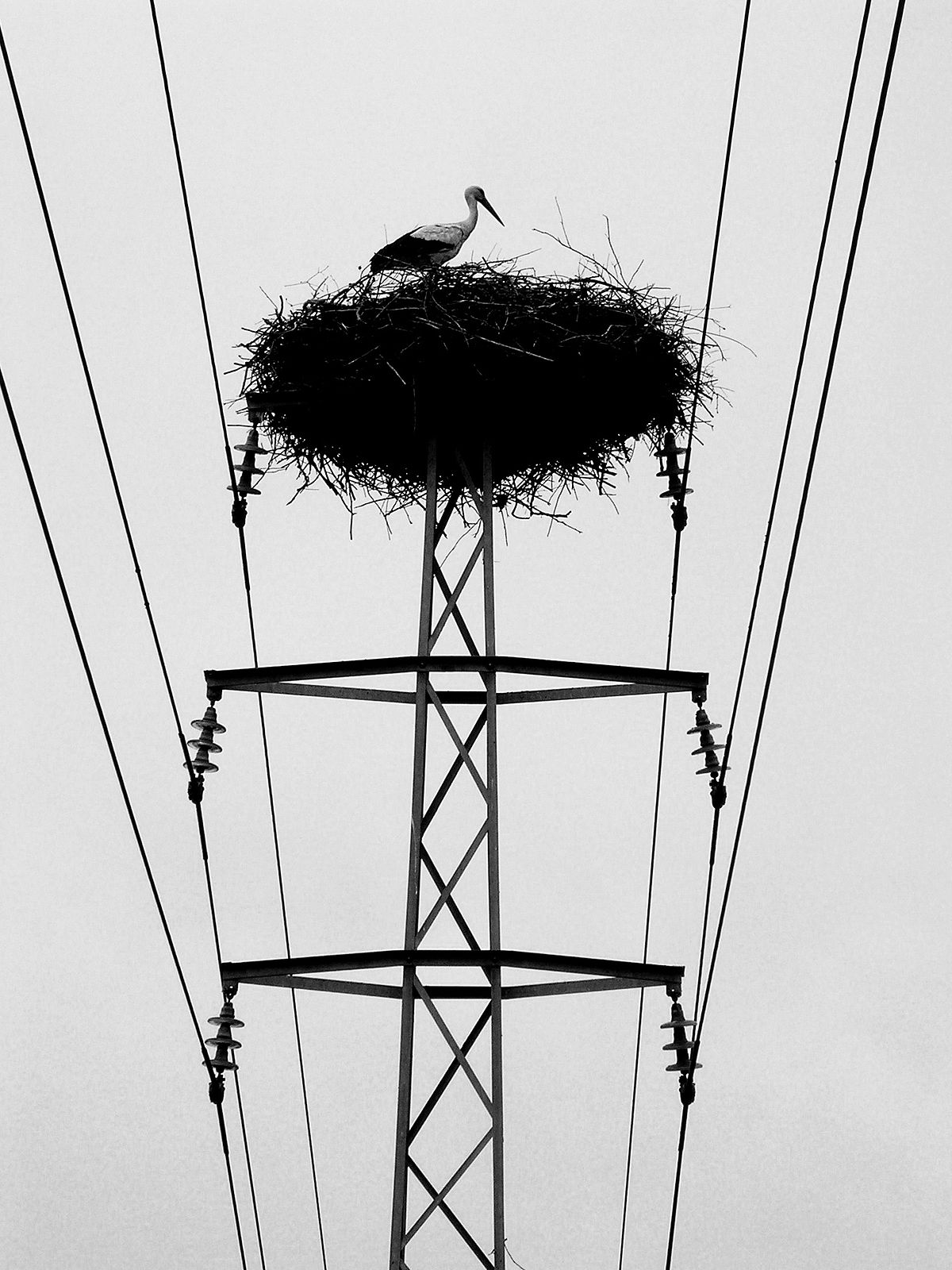 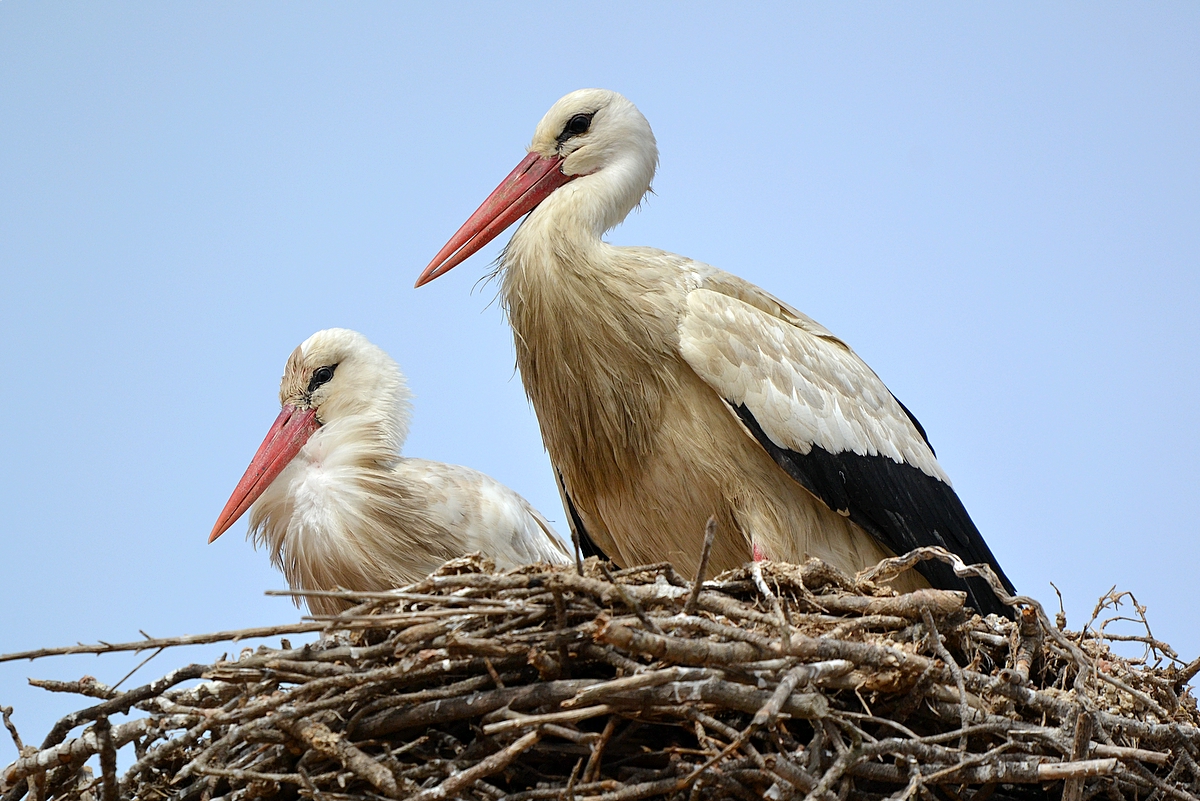 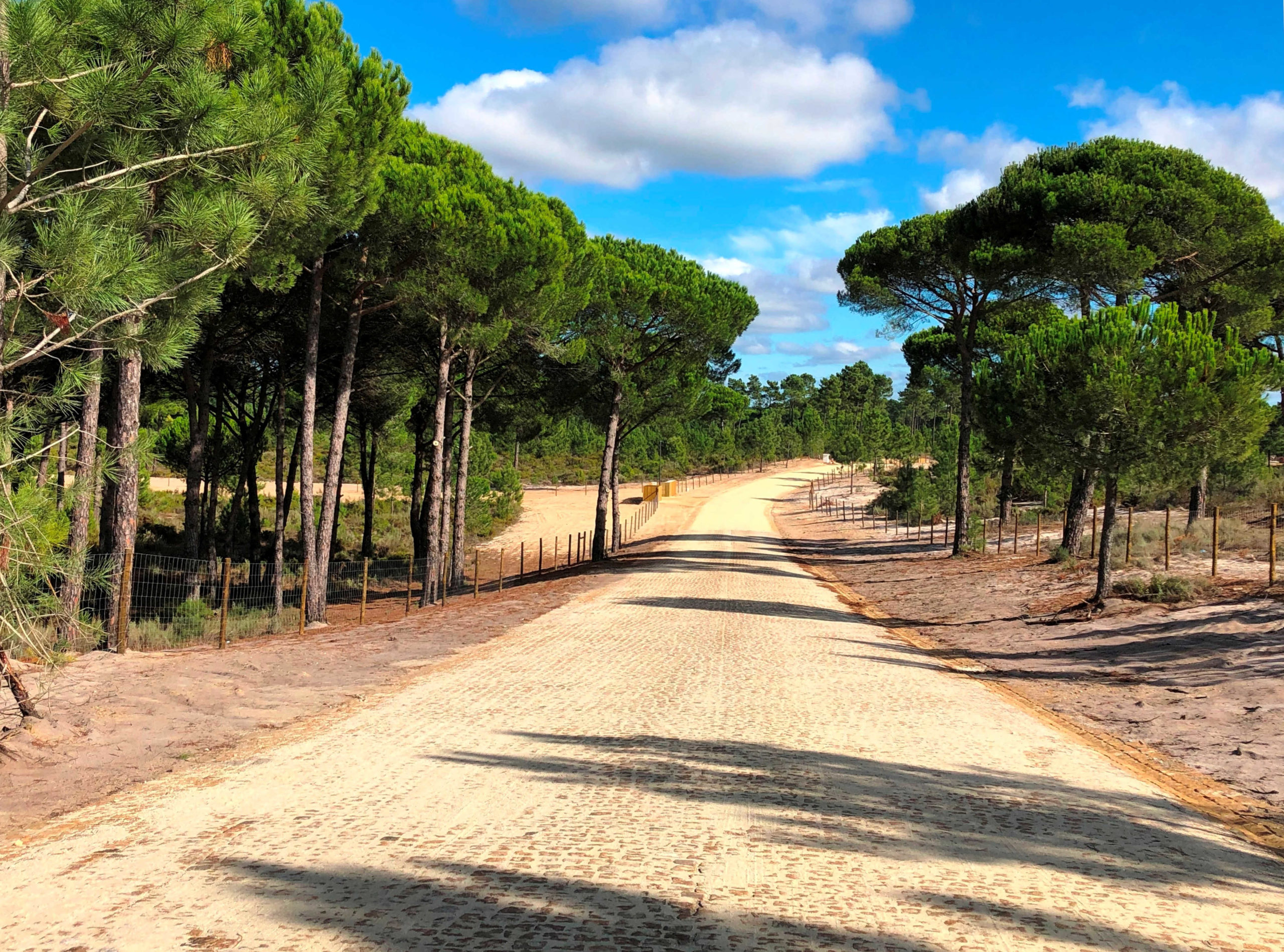 Muda, one of the attractions of Comporta

Comporta belongs to the Alentejo and is a village of Portugal that is only 1h15 minutes away from Lisbon. This village, characterised by its blue and white tones and the giant storks’ nests, is sought after by tourists who like to enjoy the silence. With its extensive coastline area, the beaches are diverse: Praia do 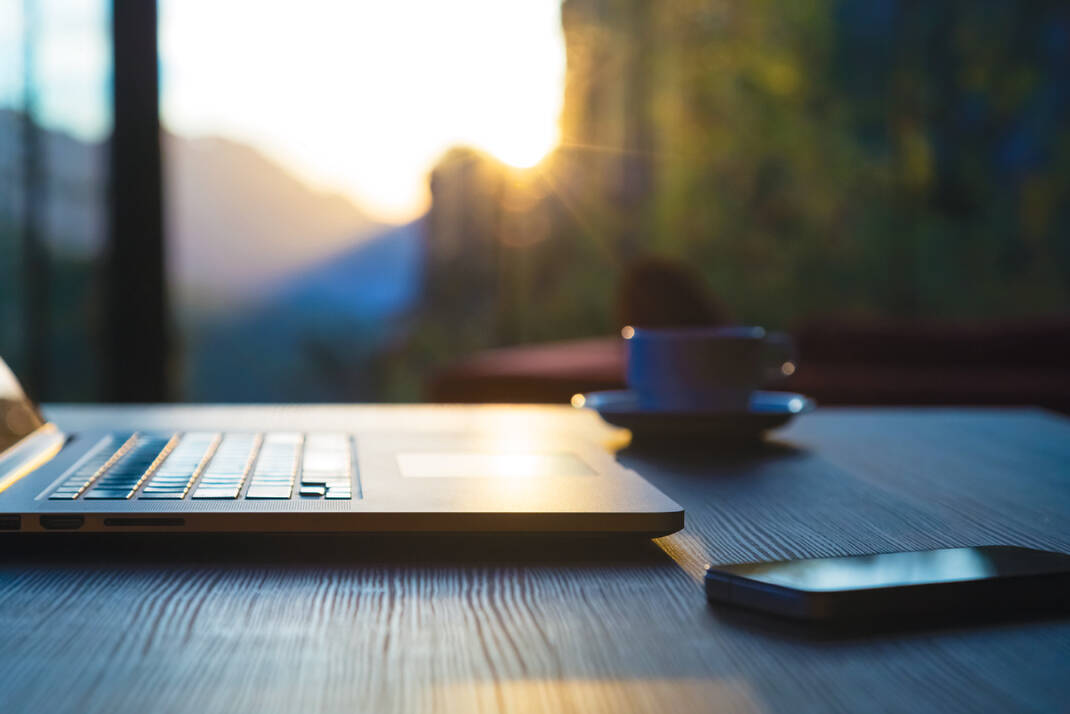 Comporta, the ideal place for teleworking

The worldwide pandemic brought us new paradigms and the way of working was somewhat restructured. Teleworking was not something new, but with the current events many, with no other choice, had to adapt to this trend. In Portugal, it was a novelty in most professional activities. With no other option, it was a mandatory measure