Portugal is located in the extreme southwest of Europe and is a country with 10 million inhabitants that geographically is privileged by its coastline, which is 943 km long, not forgetting its two archipelagos, Madeira and Azores, within 250 kms and 667 kms respectively.

From north to south, each city has its own characteristics. Discover with us the best places of portugal’s coast!

What are the islands off the coast of Portugal called?

This archipelago is located in the middle of the Atlantic Ocean and has three islands, the best known being “Madeira Island”and “Porto Santo Island”. At 978 km southwest of Lisbon and 700 km from the African coast, it is considered European territory but geographically it is on the continental shelf of Africa.

Its mild climate, warmer compared to continental Portugal, makes it a very popular place for tourists at any time of the year.

Funchal is the capital of this island and the largest city on the island. With an airport and many attractions such as its beautiful historic center, it is the starting point of most visitors.

Renting a car is essential to explore places like:

Porto Santo, much smaller than Madeira, is an ideal island for summer vacations. With golden sand and crystal clear sea it is called paradise by most visitors.

This archipelago located in the Atlantic Ocean has nine islands and is part of the Macaronesia region, which includes the islands of Madeira, Canary Islands, Cape Verde, and Northwest Africa.

Its climate is distinct from island to island.

The largest island is São Miguel, with a surface area of 747 kms.

The Azores is known for its idyllic landscapes, picturesque villages, green pastures and volcanic lagoon system. It is breathtaking!

What is north Portugal known for?

In the northern region, there are many charming towns and cities and the offer is great. From Stone Houses, picturesque villages, forest regions (natural and cultural heritage) or beach towns, this entire region is worth a visit. We talk about two must-see coastal towns and leave other suggestions not to be missed.

This city is considered one of the most beautiful in the northern region of the country. Palaces, churches, convents and fountains make this city a heritage city with a strong connection to the sea. Only 30 minutes away from Spain and less than an hour from Porto, be sure to lose yourself purposefully in the streets and be enchanted by the city’s historical monuments and make sure you know all the tourist attractions. Wherever you go, you will find that you will always end up in the beautiful historic center. Around it there are also other activities. From surfing to hiking is without a doubt one of Portugal’s secrets.

This city is on the opposite side of Porto. Both cities can be crossed by bridge. And one of the most beautiful: the so-called D.Luis I bridge.

Vila nova de gaia is a city with many beautiful white sandy beaches. It is known for its many cellars of the famous Port wine, for its many esplanades with idyllic views, for its many bridges, and for being a city that crosses the sea and the river.

Whoever goes to Porto will not fail to be enchanted by this city that has so much to offer.

Don’t miss it as a city attraction:

Other coastal towns or cities in the north:

What is central Portugal known for?

Central Portugal is vast and has a wide range of history and landscapes from mountains to traditional villages to beaches for all tastes! Here are some cities/towns not to be missed and we mention others that should be explored.

Aveiro – The city known as the Portuguese Venice. It is a city full of charm and surrounded by water. Perfect for exploring by bike or in the so-called “moliceiros” boats, formerly used for collecting seaweed and sargassum. Aveiro joins the sea with the ria and presents the “art nouveau” style in the buildings. Around it you can visit the saltpans, the natural reserve of the dunes of São Jacinto or, towards the south, beautiful wild beaches.

A must to eat the delicious Aveiro “ovos moles”.

In the center west of the country, Nazaré is a typical coastal town of Portugal. Internationally known by surf lovers, it is in this village that many tourists meet to see the phenomenon explained by the largest waves in the world. However, Nazaré is more than big waves. Besides the beach it offers, it has unmissable attractions such as sanctuaries, viewpoints, forts, squares and markets.

On the same coast, we find Peniche. The western part of Portugal is known for its winds and therefore the practice of surfing is quite common. However Peniche is a geological paradise and one of the best places to observe migratory birds. Only 100 kms from the capital, it has beaches for all tastes, from white sand to crystal clear waters or more crowded waters for surfing. In the summer it is more crowded but the atmosphere is always relaxed. The most famous attraction is the well-known berlengas island, however, although it is beautiful and unique, there is much more to explore:

Other coastal villages not to be missed in this region

Sintra and Cascais are two other towns, 40 minutes away from the capital and definitely a must-see. See our article about the best places around Lisbon.

Where is the south coast of Portugal?

The south of Portugal begins in the Alentejo region and ends in the Algarve region, the latter being the most sought after by tourists.

Divided between the Alentejo and the Algarve follow our recommendations below.

40 kms from Lisbon, this city has many attractions around it. Besides being the best place in the country to eat grilled fish and fried cuttlefish, Setúbal has the natural park of Serra da Arrábida, where the landscapes are idyllic and unique. The beaches are crystal clear and the trails in dense woods. It is indeed a place in the country where nature reigns and most of the attractions are outdoors. In Setubal, being a city, there are other types of attractions, such as the castle of São Filipe or the livramento market. It is also in Setubal that it is possible to take a ferry and explore another region that has been very popular in recent years:

Comporta is another paradise in Portugal. More sought after in summer, here time stops and everything is relaxed and harmonious.

Known for its quality restaurants, its storks and the blue tones of the region, this area offers plenty of beaches along the coast for all tastes.

Horseback riding, boating, cycling through the famous rice fields, or exploring the dunes with an off-road jeep are all popular activities.

Most of the hotels in Comporta  or in the magnificent summer houses respect the identity of the region with their thatched roofs and pergolas and are authentic retreats to better enjoy your relaxing days.

On the Alentejo coast it is possible to stop in this small village of blue and white tones and enjoy the natural scenery that it offers. It is a fishing village with less than 1000 inhabitants, however it is very popular in the warmer months for the several beaches that it has and naturally in this season presents more animation. The beach that everyone looks for is the samoqueiro beach, however it is one of several beautiful beaches that exist on this coast.

Be sure to visit this coast:

Algarve is the most popular region in Portugal for summer vacation. Albufeira, Vilamoura, lagos are the most popular. In addition to advising you to explore these towns, we recommend the following, which are less crowded in the warmer months:

Founded by the Arabs in the 10th century, and taken by the Moors in the 13th century is a village that takes us back to a past, by the many archaeological remains that have been found. It is a municipality with 4 parishes, where the main attractions are churches, castles and forts. However this region has many beaches with imposing cliffs, which conquer the curiosity of the Portuguese and foreigners. It is breathtaking.

Of pre Roman origin, is a charming town where time stops. The city crosses the Gilão River, is facing the sea and still has the ria formosa. In it we can have access to a diversified nature. The best way to explore this city is to walk around and understand the nooks and crannies of every corner. Around it, you can also find Tavira cottages and the island of Tavira. Its beaches, with their long stretch of sand and calm waters, are the great attraction of many tourists. It is indeed a place not to be missed.

Don’t forget to visit it too:

Portugal is a small country but with an impressive coastline. The characteristics of the north are different from those of the center and south. The history of the country is divided and the occupations have left very characteristic marks in each village.

Enjoy everything this country has to offer! 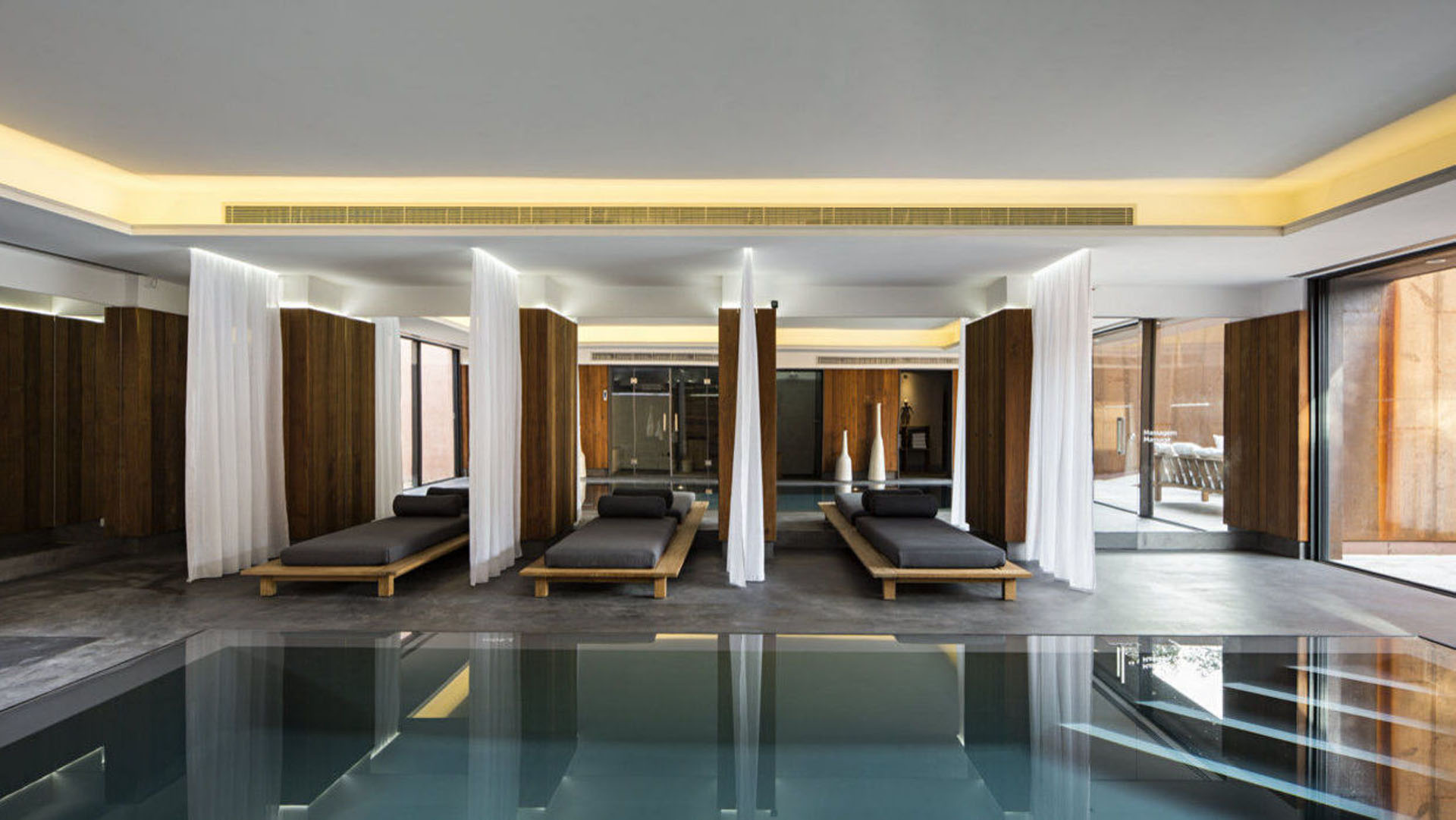 What to do in Comporta when it rains?

Although the Comporta region enjoys good weather throughout the year, it sometimes happens that a few raindrops can be seen during your stay, especially in February-March. In fact, winter in Portugal is sunnier than in most European countries.Essential for local agriculture, this rainfall helps to shape the green landscapes of the Alentejo, between rice fields